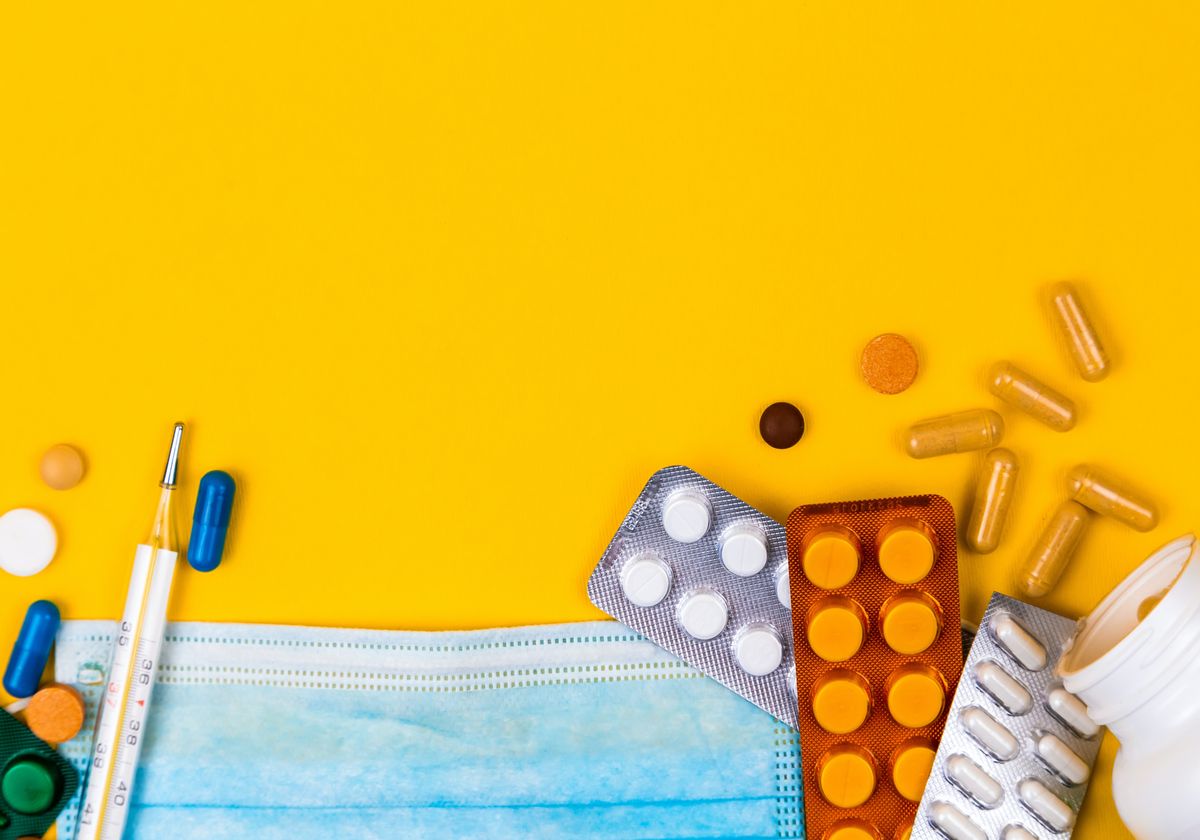 The Science behind Endometriosis

Around 190 million (approx.) of reproductive age women and girls suffer from endometriosis globally. Although it is a fairly common chronic disorder in young women, its awareness is quite worrisome. Statistics say that 33% of women don’t even know about this disorder. This article is written to dive deep into the knowledge of endometriosis and raise awareness about its onset, progression and health effects.

Endometrium is a tissue that lines the wall of our uterus. In healthy females, endometrial shedding is a part of the normal menstrual cycle. Endometriosis is when the endometrium grows outside of the uterus. Understanding endometriosis is as complex as the name itself.

Several theories have been proposed to explain why this tissue grows outside the uterine wall. Some are as follows-

Retrograde Menstruation Theory (RMT): During menstruation, the endometrial tissue sheds and comes out of our uterus as what we commonly call menstrual bleeding/discharge. As per RMT, sometimes the endometrial cells flow back outside the uterus and towards the pelvic cavity. However, research explains that this phenomena occurs in 70-90% of females and not every female shows endometriosis symptoms. Most importantly, research has pointed out that women with endometriosis have a higher volume of retrograde menstrual fluids.

Oxidative Stress and Inflammation: Our body produces antioxidants to fight against harmful free radicals generated in our body (pro-oxidants) but in disease, our body’s anti-oxidant production may not be enough to fight these free radicals and this imbalance is called oxidative stress. As mentioned earlier, uterine discharge volume increases in the pelvic cavity (present between stomach and thighs where reproductive organs are located) in women with endometriosis. The fluid harbours pro-oxidants which leads to inflammation. Thus, pelvic pain is common in these patients (pain is an inflammatory response). Also, due to blood accumulation, there is an iron overload which also increases the free radical load thus, increasing free radicals and leading to endometriosis signs and symptoms in females.

Metaplasia: Metaplasia simply means conversion of one body cell type into another. Many scientists believe that the cells/tissues in our abdominal cavity (stomach) and pelvic cavity get converted into endometrial cells/tissues under imbalanced hormonal and/or genetic influences which may lead to endometriosis.

Hormones: Estrogen is a hormone that is responsible for bodily changes that happen at the time of puberty in females such as development of breasts, pubic hair and start of menstrual cycle. Ovaries (organs that produce eggs for fertilisation) are major sources of estrogen production in the female body. Estrogen levels fluctuate during the menstrual cycle and they give PMS too!! Estrogen levels drop down as women near menopause. It has been observed that higher estrogen levels fuel the development of endometriosis and women reaching menopause have often no complications related to endometriosis. Also, ovariectomy (removal of ovaries) is suggested in women to relieve the endometriosis pain but research says that out of every 100 surgeries, 15 women do not get permanent symptomatic pain relief.

Defective immune responses: Our body has specialised cells that perform different functions. The cells that provide immunity to fight against diseases and infections are called immune cells. Sometimes due to misfiring signals, these cells fail to detect pathogens (anything that causes disease) and perform reverse of their destined functions. In endometriosis, it has been witnessed that weakened and dysfunctional immune responses prevent removal of endometrial waste, thereby leading to pelvic inflammation. These immune cells and endometrial cells secrete specialised growth and angiogenic (that form blood vessels) factors and fuel the growth of endometrium outside the uterus.

Endometriosis starts locally and spreads gradually. To understand the extent of spread, American Society of Reproductive Medicine has given a four stage grading of endometriosis widely used even in India.

Seven Ds are major clinical symptoms associated with endometriosis given by FOGSI (Federation of Obstetric and Gynaecological Societies of India):

One of the greatest concerns for endometriosis patients is infertility (observed in 5-15% of patients). Although it is not always synonymous with inability to conceive, it poses a significant physical and mental health burden. One of the many reasons behind endometriosis related infertility is that it affects overall egg quality and quantity. Moreover, if the adhesions are in the fallopian tubes, it might hinder the movement of eggs from ovary to uterus lining. Also, chronic inflammation could damage the eggs. In spite of this common association, a causal relationship is yet to be established. Endometriosis associated infertility seems to vary with different stages.

What are the risk factors associated with endometriosis?

National Institute of Health has given factors that may either increase or lower the risk of endometriosis:

What are the treatment approaches available?

There is no cure till date for endometriosis, still there are therapies available for symptomatic relief (pain and infertility). The major drawback for these are that symptoms may come back or aggravate after the treatment is stopped or in cases of surgery, if much time has been passed. Some of them are:

1. Hormones: Antagonizing hormones are given that signal the ovaries to stop/lessen production of ovulating hormones including estrogen. It sends the body into menopausal state and ovulation is stopped. Endometrium production and growth is stopped in both uterine wall and extra-uterine organs. Some of the hormones therapies include Gonadotropin-releasing hormones (GnRh), oral contraceptives (estrogen/progestin combination and/or progestin alone) and androgens (testosterone like). Hormones can be taken either orally, nasally or as an intra-uterine device (IUD). These drugs provide relief only till the treatment is continued. Some of the side-effects are:

2. Non-Steroidal Anti-Inflammatory drugs: These are pain relieving medications where mild pain has been reported by the patient.

*Surgeries do not guarantee that the lesions will not return, thus undergoing surgery is solely dependent on individual choice.

4. In-Vitro Fertilisation (IVF): Although, laparoscopic treatments have shown in fertility rates but the scenario is not hopeful for every woman out there. In IVF, sperm and eggs are stored and fertilised in the petri-dish in a laboratory. But multiple surgeries also reduce the chances of conception through IVF.

The above mentioned are the treatment modalities of the western system of medicine. Below are some lifestyle recommendations and natural herbs that have shown efficacy for symptomatic relief from endometriosis.

Although these herbs cannot provide instant relief but including them in your diet may alleviate symptoms gradually without side-effects.

Lifestyle modifications* can be done such as:

*These are general precautions. Medical supervision is advisable.

It is often said that awareness is the art of leading a good life. Continuous efforts by healthcare and reproductive health researchers have helped us to understand this complicated disorder. Although not entirely treatable, endometriosis is manageable and one can lead a healthy and happy life by choosing the right and preferred type of treatment options, dietary and lifestyle modifications.

Author: Divya Gupta is a doctoral fellow working at CSIR-Indian Institute of Integrative Medicine. She is a recipient of Junior Research Fellowship granted by University Grants Commission, Govt. of India. She holds an M.Sc. Forensic Science (Toxicology) from Panjab University, India. Apart from research, she is science communication enthusiast and has attended international workshops conducted by Newton-Bhabha Fund. Apart from studies, she likes to watch rom-com movies, spend time with her family, and play with her pets and stray dogs. Her favourite quote is, “The best is yet to come.”

Verified: this article has been verified by Obstetrician & Gynaecologist, Amodita Ahuja, who is a cofounder at Project Pink Butterfly.

Due to increased order volume and impact of COVID-19, it may take longer than usual to fulfill your order.
We are working to get your order to you as safely and quickly as possible. Dismiss